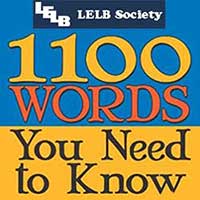 Hover your mouse cursor over the hyperlinks (clickable phrases) to access their English definitions with examples and illustrations.

The Squash Court Experiment
As the pile grew, so did the entire project. Fermi moved his materials to an abandoned squash court under a football stadium at the University of Chicago. His pace accelerated because they were proceeding on the premise that the Germans were close to atomic success. Six weeks after the pile had been started, its critical size was reached. Three brave young men jeopardized their lives by ascending* the pile, ready to cover it with liquid cadmium if anything went wrong. Almost fifty scientists and several incredulous observers mounted a balcony to watch. One physicist remained on the floor; it was his job to extract the final cadmium control rod. Unbearable tension permeated the atmosphere. Fermi completed his calculations, waited for a propitious moment, and then gave the signal.

Use the new words in the following sentences.
1. Acting on the premise that there were no burglars around, the police became quite lax.*
2. After I had perused* the Yankee lineup, I was incredulous about their chances of winning.
3. The trapeze artist was squeamish* about having to jeopardize his life.
4. A terrible odor that was impossible to expunge* permeated the skunk handler’s clothing.
5. At a propitious moment the flamboyant* movie star made her grand entrance.

Study the archive of our vocab course based on 1100 Words You Need to Know.

If you have any questions about this vocabulary course, leave a comment below and we will get back to you as soon as possible.