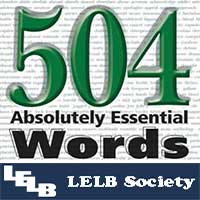 Listen to the podcasts of our English vocab class based on 504 Absolutely Essential Words.

Attend our group class on IELTS – TOEFL preparation to practice all the 4 skills and enjoy various exciting activities.

Listen to this recorded class.