Home  »  Reading Practice in English   »   Obesity | An Advanced Reading Course
You must login to see this content. Login. 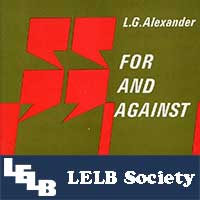 /sɔːs/ US /sɔːrs/
noun [C]
1. the place something comes from or starts at, or the cause of something:
a source of heat/energy/light
Oranges are a good source of vitamin C.
Money is often a source of tension and disagreements in young married couples.

2. someone or something that supplies information:
The journalist refused to reveal her sources (= say who had given the information to her).
According to Government sources (= people in the Government) many MPs are worried about this issue.
source /sɔːs/ US /sɔːrs/
verb [T often passive]
to get something from a particular place:
Where possible the produce used in our restaurant is sourced locally.“>Source: The Coursebook, For and Against

Here’s a familiar version of the boy-meets-girl situation. A young man has at last plucked up courage to invite a dazzling young lady out to dinner. She has accepted his invitation and he is overjoyed. He is determined to take her to the best restaurant in town, even if it means that he will have to live on memories and hopes during the month to come. When they get to the restaurant, he discovers that this etherial creature is on a diet. She mustn’t eat this and she mustn’t drink that. Oh, but of course, she doesn’t want to spoil his enjoyment. Let him by all means eat as much fattening food as he wants: it’s the surest way to an early grave. They spend a truly memorable evening together and never see each other again.

What a miserable lot dieters are! You can always recognise them from the sour expression on their faces. They spend most of their time turning their noses up at food. They are forever consulting calorie charts; gazing at themselves in mirrors; and leaping on to weighing-machines in the bathroom. They spend a lifetime fighting a losing battle against spreading hips, protruding tummies and double chins. Some wage all-out war on FAT. Mere dieting is not enough. They exhaust themselves doing exercises, sweating in sauna baths, being pummeled and massaged by weird machines. The really wealthy diet-mongers pay vast sums for ‘health cures’. For two weeks they can enter a ‘nature clinic’ and be starved to death for a hundred guineas a week. Don’t think its only the middle-aged who go in for these fads either. Many of these bright young things you see are suffering from chronic malnutrition: they are living on nothing but air, water and the goodwill of God.

Dieters undertake to starve themselves of their own free will so why are they so miserable? Well, for one thing, they’re always hungry. You can’t be hungry and happy at the same time. All the horrible concoctions they eat instead of food leave them permanently dissatisfied. ‘Wonderfood is a complete food,’ the advertisement says. ‘Just dissolve a teaspoonful in water… .’ A complete food it may be, but not quite as complete as a juicy steak. And, of course, they’re always miserable because they feel so guilty. Hunger just proves too much for them and in the end they lash out and devour five huge guilt-inducing cream cakes at a sitting. And who can blame them? At least three times a day they are exposed to trepidation. What utter torture it is always watching others tucking into piles of mouth-watering food while you munch a water biscuit and sip unsweetened lemon juice!

Obesity as an advanced reading course in English

Listen to the podcasts of our recorded classes based on the coursebook, For and Against.

Attend our group class on IELTS – TOEFL preparation to practice all the 4 skills.

If you have any question about this advanced reading course, leave it as a comment below, and we will answer it immediately.