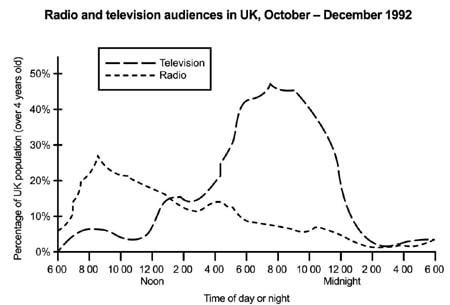 The graph above shows radio and television audiences throughout the day in 1992.
Summarise the information by selecting and reporting the main features, and make comparisons where relevant.
Write at least 150 words.

Use the comment form below and ask any question you might have about this essay and its assessment.