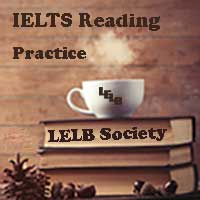 Creativity is a phenomenon whereby something new and somehow valuable is formed. The created item may be intangible (such as an idea, a scientific theory, a musical composition, or a joke) or a physical object (such as an invention, a literary work, or a painting).

The process of creative problem-solving usually begins with defining the problem. This may lead to finding a simple non-creative solution, a textbook solution, or discovering prior solutions developed by other individuals. If the discovered solution is sufficient, the process may then be abandoned.

A creative solution will often have distinct characteristics that include using only existing components, or the problematic factor, as the basis for the solution. However, a change of perspective may in many cases be helpful((Mike Vence about the 9 dots as a corporate promotion of creative thinking at the Walt Disney Company (Creative Thinking Association website)).

A solution may also be considered creative if readily available components can be used to solve the problem within a short time limit((About creative problem solving in an invitation to a conference by the University of South Alabama)). If a creative solution has broad application – that is, uses that go beyond the original intent –, it may be referred to as an innovative solution, or an innovation (some innovations may also be considered an invention).

Incubation is not a temporary break from creative problem solving that can result in insight((Smith, S. M. (2011). “Incubation”. In M. A. Runco; S. R. Pritzker. Encyclopedia of Creativity Volume I (2nd ed.). Academic Press. pp. 653–657. ISBN 978-0-12-375039-6.)). There has been some empirical research looking at whether, as the concept of “incubation” in Wallas’ model implies, a period of interruption or rest from a problem may aid creative problem-solving.

Ward((Ward, T. (2003). “Creativity”. In Nagel, L. Encyclopaedia of Cognition. New York: Macmillan.)) lists various hypotheses that have been advanced to explain why incubation may aid creative problem-solving, and notes how some empirical evidence is consistent with the hypothesis that incubation aids creative problem in that it enables “forgetting” of misleading clues.

Absence of incubation may lead the problem solver to become fixated on inappropriate strategies of solving the problem((Smith, Steven M. (1995). “Fixation, Incubation, and Insight in Memory and Creative Thinking”. In Steven M. Smith; Thomas B. Ward; Ronald A. Finke. The Creative Cognition Approach. MIT Press.)).

This work disputes the earlier hypothesis that creative solutions to problems arise mysteriously from the unconscious mind while the conscious mind is occupied on other tasks((Anderson, J. R. (2000). Cognitive psychology and its implications. Worth Publishers. ISBN 978-0-7167-1686-0.)).

4 thoughts on “IELTS Reading on Creativity with Flashcards”