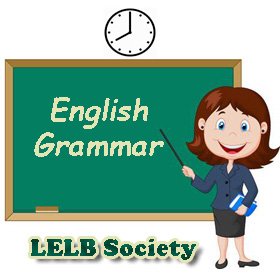 Indirect speech, unlike direct speech in English, is used to report what somebody has said or thought in a particular situation. Pay attention to the following examples:

Direct speech: She said, “I’m deeply upset about the way my father treated me.”

Indirect speech: She said that she was deeply upset about the way her father had treated her.

Note: The word that, which appears after the reporting verbs, could be stated or implied.

When the reported event refers to an action in the past, then the tense of the reporting verbs would be simple past, and correspondingly, the verb tense in the direct speech should be modified:

Alice said that she could speak French fluently.

The employee said, “I was sick for a week.”

The employee reported that he had been sick for a week.

Note: The modal auxiliary verbs should, must, had better, and ought to do NOT change in indirect reported speech:

The teacher told Jack, “You should study more.”

The teacher told Jack that he should study more.

Note that questions in indirect speech are not questions anymore. In fact, they’re statements that are reported. That’s why you should not use a question mark at the end of the reported sentences even though they report a question.

Note: For yes/no questions, use if, whether, or whether or not:

John asked, “Did I pass the exam?”

John asked if he had passed the exam.

Note: For wh-questions, change the question or interrogative form of the sentence to a statement:

Jonathon asked, “Which book should we study for the exam?”

Jonathon asked which book they should study for the exam.

To indirectly report orders, commands and requests, you need to use an infinitive with to:

My friend said, “Please return my book to the library.”

My friend ask me to return her book to the library.

The sergeant commanded, “Attack the enemy.”

The sergeant commanded the troops to attack the enemy.