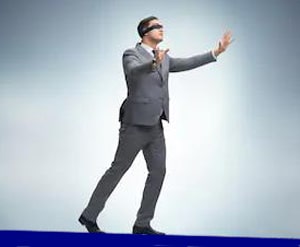 Wellman left Captain Bottolfsen and his marooned sailors on Waldenoya and returned to his polar party on Martensoya in May. By this time the summer sun had warmed the pack ice into a wet mass of shifting slush. After just a few days of desultory travel across the ice, Wellman abandoned the aluminum sledges in favor of the aluminum boats. In so doing, he ordered all of the dogs killed were they stood. Wellman tried to justify this atrocity because “they could not get accustomed to their strange surroundings.

The men managed to reach Kapp Platen, less than twenty nautical miles to the southeast. There they made camp amid massive logs of Siberian driftwood and the occasional reindeer that wandered by. Wellman was still more than 50 nautical miles from reaching the northeastern corner of Spitsbergen and a legitimate attempt to solve the mystery of Giles Land, but after a desultory attempt to make further progress east, he appears at this point to have given it up. Wellman claimed that from Kapp Platen the men “made a desperate effort to get out upon the polar pack and start toward the Pole,” but this was special pleading” There was no serious effort to continue an exploration on the polar ice cap after the loss of the Ragnvald Jarl. Even at top speed, Wellman’s sledging never amounted to much more than four miles a day, which, had they persevered that far, would have placed his party at the North Pole, and in their graves, around November 1.

Source: The book, The Greatest Show in the Arctic: The American Exploration of Franz Josef …