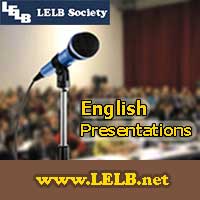 Listen to this presentation.

/sɔːs/ US /sɔːrs/
noun [C]
1. the place something comes from or starts at, or the cause of something:
a source of heat/energy/light
Oranges are a good source of vitamin C.
Money is often a source of tension and disagreements in young married couples.

2. someone or something that supplies information:
The journalist refused to reveal her sources (= say who had given the information to her).
According to Government sources (= people in the Government) many MPs are worried about this issue.
source /sɔːs/ US /sɔːrs/
verb [T often passive]
to get something from a particular place:
Where possible the produce used in our restaurant is sourced locally.“>Source: www.fitday.com

Consequences of Eating Too Much Meat

Studies show that people who eat too much meat are 20 percent more likely to develop cancer, especially if they eat a lot of red meat. Pancreatic cancer, in particular, has been linked to heavy meat consumption. Meat also contains lots of saturated fat and cholesterol, which can lead to heart disease.

Processed meats, such as hot dogs, often contain nitrate, a preservative that may become carcinogenic when heated to high temperatures during the cooking process. All meats may form carcinogenic heterocylic amines, or HCAs, during high-temperature cooking. Marinading meat in vinegar, or microwaving it before cooking, can help reduce the number of carcinogenic HCAs in meat. However, meat may also contain high levels of hormones, which can trigger reproductive problems and early-onset puberty in children.

Your kidneys work to remove excess protein from your body, so eating too much protein can stress them out, leading to kidney damage and even contributing to renal failure in some cases. High dietary protein levels cause your body to excrete more calcium, which can contribute to osteoporosis.

Examine the archive of LELB Students’ Lectures in English.