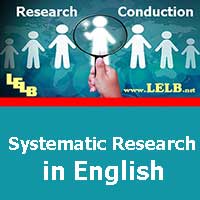 Figures are used to display information discussed in the text in a concise format that is easy to comprehend. They generally consist of graphs, charts, pictures, diagrams, and illustrations.