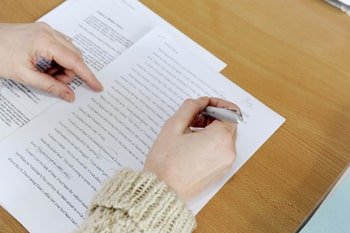 IELTS Essay on Work of Art

IELTS Essay on Work of Art

Some people believe that, between science and art, the former carries more importance to lead a better life. Others, nevertheless, hold quite the opposite idea.
To which group of people do you belong. Bring reasons to support your claim.
Note. If one side of the argument is taken, you should argue for the other side.

Some people believe that science is more important to lead a better life while others have faith in art as a rescuer of human beings. I personally believe in art as a better leader in creating the life better. Here are some of my reasons to support my idea.

Although science has a key role in making our life more comfortable by inventing new gadgets but when it comes to morality, it couldn’t distinguish between what is right and what is wrong. Therefore, we are witnessing that the science could help life to be more comfortable as much as help it to get more disastrous. It could increase the lifespan of a society as much as commit the genocide of the same society. In order to sum it up, science is a powerful tool that could be exploited by the autocratic governors whether in a good manner or not.

On the other hand, art is all about veracity, beauty and humanity. There are several examples of artists who have been fought against war or ruthlessness in the world. So many songs has been sung till now. So many expressions of sympathy has been raised among people around the world having a variety of different cultures and traditions.

At the end, I suppose science is beneficial to make progress, but it is more similar to a car without a driver which could end up in any direction. While the progress of science is inevitable, the role of art is crucial to guide it into the right path which culminates in a better life.

Use the comment form below and ask any question you might have about this essay and its assessment.