It is one of the three dimensions of ‘language teaching methods’.

Learning-centered methods are those that are principally concerned with cognitive processes of language learning. These methods such as the Natural Approach seek to provide opportunities for learners to participate in open-ended meaningful interaction through problem-solving tasks in class, assuming that a preoccupation with meaning-making will ultimately lead to target language mastery and that the learners can deploy the still-developing interlanguage to achieve linguistic as well as pragmatic knowledge/ability (Kumaravadivelu, 2006).

Unlike the other two language teaching methods, in learning-centered method, language development is more incidental than intentional. That is, grammar construction can take place when the learners pay attention to the process of meaning-making even if they are not explicitly focused on the formal properties of the language.

According to learning-centered pedagogists, language development is a nonlinear process, and therefore, does not require preselected, presequenced systematic language input but requires the creation of conditions in which learners engage in meaningful activities in class. They believe that a language is best learned when the focus is not on the language, that is, when the learner’s attention is focused on understanding, saying, and doing something with language and not when their attention is focused explicitly on linguistic features (Kumaravadivelu, 2006).

Learning-centered pedagogists seek to fill, what Long (1985) called a “psycholinguistic vacuum” (p. 79). That is, whey claim to derive insights from psycholinguistic research on language development in an attempt to incorporate them in language teaching methods. 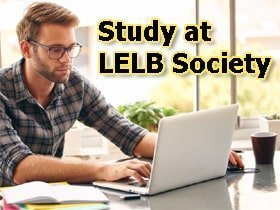