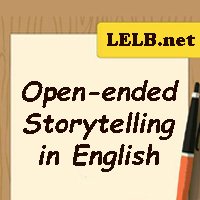 Writing Practice on Workaholism with CorrectionOpen-ended Storytelling on Abandoned Newborn

The plot of the story

Jim, a divorced and fired middle-aged man, was wandering around in one of the back streets of Mississippi. It was late at night and Jim was starving to death. Suddenly, in that slum area, he heard a piercing shriek behind a sidewalk trashcan. He approached the source of the sound and saw an abandoned newborn swaddled with a dirty old rag.

Flabbergasted by the scene, he mumbled to himself, “it could not be worse than this!” Being a totally destitute person, Jim decided to leave the newborn untouched alone. As he was getting away from the baby, he saw some hungry dogs roaming around in the ghetto. All of a sudden, Jim darted backward toward the baby and grabbed it tight into his chest, letting out this relieving cry, “I won’t let anybody hurt you!”

He took the baby his home and warmed up some milk and helped the child to drink the milk with the help of a nursing bottle. Actually, he was so perplexed at first and he was dithering over taking care of the baby. On the one hand, he did not have enough money to raise a well-nourished baby and on the other hand, leaving the infant alone in the middle of the street contradicted his moral code. Besides that, the thought of rearing the infant was occurring to him continuously and he was attracted to the sense of sharing, caring, and belonging.

Jim decided to wash the baby and change the dirty cover. He had never washed a baby before. His short marriage did not give him a chance to feel how it is like to be a daddy. He was even frightened of thinking about such a huge responsibility. But the innocent face of the child indulged him so intensely that he forgot all about himself. The baby was weak and did not cry much during the bath. The baby was a girl. As he was covering her with a clean towel, he started to think of a name for her. He watched her for a long time as she went to sleep. She was beautiful indeed.

When she woke up, she followed Jim with her eyes and smiled at him. He named the girl Bliss. she was very cute and Jim could not leave her alone. On the other hand, Jim was not in a good financial situation to raise the baby. He worried about her dress, food and warmth, so he picked up the baby and went out to look for her parents. He couldn’t find any sign of her parents. When he was tired and disappointed, he went to a bar nearby for drinking and betting.

It was getting dark and a little cold. Jim looked at Bliss, who was crying because of getting hungry. He left the bar without drinking. He thought that he had to buy some milk for Bliss instead of spending his money on drinking or betting. It was the first time that he felt responsible for somebody. He liked to do the best for cute Bliss.

Little by little, the thought of attending Bliss occupied Jim’s mind. Jim had a little carpentry workshop on the back of his house. His father was a famous carpenter. He was a real artist. Inspired by his father’s art, Jim used to make things in his workshop before his wife left him. He had forgotten all about it. Suddenly, the thought of making a comfortable baby bed for Bliss crossed his mind. ”Why not?”, he gladly proclaimed his thoughts. ”Maybe I can even make a living for Bliss and myself with this.” He hugged the baby and walked toward his abandoned workshop.

He wanted to start his work, but the workshop was so messy that he could not find none of his tools. He looked at Bliss and said, “I can handle it.” By the end of the day, Jim had been totally spaced out after cleaning and ordering his carpentry workshop. Nevertheless, it was pleasant to make an effort to change their life. He was well-versed in carpentry, just he was expected to use his abilities. The next day, he put his mind to make a baby bed for Bliss. Every skill that he already had fell into place now.

The road is open to interested and creative people. Jim had great motivation and eagerness to shape wood. Bliss became a voice of life for Jim and he was working very hard. He talked with the cute baby while he was working and she sometimes replied with a smile. New plan and thoughts came to his mind and very soon everything was looking up.

By the end of the day, the baby crib for Bliss was almost done. Just some finishing and painting work had remained. Jim was thinking of a comfortable mattress and bedding for Bliss. At the moment, pedestrians crossed the workshop and noticed Jim’s authentic work. They stood at the front of the workshop, and Jim was hoping for a profitable sale in order to afford to buy the mattress, but the pedestrians just passed by. If anything had been ordered, there wouldn’t have been any raw wood left for doing so. Jim finished the remaining work on the bed and decided to sell it instead of using it for Bliss. It might take several days but by doing so he could afford to buy new raw lumbers and a good mattress.

Jim took a photo of the crib to nearby stores to see which one would pay more. After going around for more than an hour, he ended up in a store which was owned by an old man. His name was Edvard and everyone called him Eddy. When Jim showed him the photo, he took a careful look at it, then he lowered his glasses on his nose, “is this your work?”, he asked. Jim nodded. “Can you make me five of this?”, Eddy continued. Jim explained that he didn’t have enough material. Eddy told him that he would pay for the material and half of his wage in advance. Surprised and happy with the offer, Jim accepted it and promised to finish the job in a month. In his way back home, Jim bought some good stuff for Bliss and himself and gladly walked toward his neighbor’s house, where he had left the baby with a woman who had two kids of her own.

Everything worked very well for Jim and Bliss. Jim started to build wooden toys and painting boards, shelves and other things for children. He saved enough money to expand his workshop. By the time Bliss got three years old, Jim had bought a little store and celebrated her birthday by opening his store to the public. He named the store for his sweet little girl. The circle of Jim’s friends grew as well. Bliss brought him many blessings and ultimate happiness. She changed Jim for good so that some of his old friends thought of her as a miracle.

Around 20 years elapsed, and Bliss is now 23 years old. She and her father are now the owners and managers of a large sawmill factory with over 200 employees in Mississippi. Bliss, who graduated in architecture, is now running the factory under her father’s supervision. In the end, it appears that Jim has appropriately selected “Bliss” as his adopted daughter’s appellation simply because she was genuinely the bliss of his life.

Make money with us

Scroll back to top
💬 Chat on WhatsApp
1
👋 Chat with us
Powered by
📝 Register at LELB Society.
👩‍🎓 Join our IELTS class to practice the 4 skills.
👨‍🎓 Learn Farsi in private or group classes.
🆓 The first session is FREE.
📚 Study +5,000 lessons with podcasts & flashcards.
💰 Make money with us + free membership.