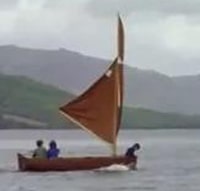 Take the wind out of someone’s sails

Take the wind out of someone’s sails

to frustrate someone by unexpectedly shocking them, make someone feel less confident, belittle, put someone down, humiliate, deflate, devalue, look down on

At the same time, I recognize that because leadership is hard and can be personally risky, it is not for everyone. Too often I have seen people take the promotion because it is offered, because there is more money, or because it is a point of pride with family and friends. If the truth were told, they do not want the position. They would rather be the salesman than the district manager, the bond trader than the group head. They would rather be the clinician than the medical director, the teacher than the principal. The world would be a better place if they turned down the promotion. The world would be a better place if they stayed in a situation that gave them personal satisfaction rather than venture into a place that requires what might be, for them, unnatural acts. In my experience it is the people who really don’t want to lead who do it badly. And when they do it badly they make themselves and the people around them very unhappy. A large part of what drives me to continue to teach leadership and to learn more about it is to reduce the number of people out there who inadvertently make people unhappy. The misery that bad leaders create multiplies. Sending people home and into their communities every day feeling unfulfilled, frustrated, belittled, and unable to make a productive contribution can lead to unhappy families and divided communities. I am always happy when former students get in touch with stories of their own leadership success. But as they talk, my mind will wander to the thousands of other people who will be affected by what they do. Leadership makes a big difference in our society.

Source: The book, The Thoughtful Leader: A Model of Integrative Leadership

Antonym: cherish, look up to, promote