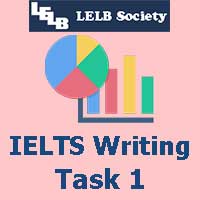 This graph indicates the usage of train, bus, tube and car in the years 1960, 1980 and 2000.
The train usage in 1960 was about 19 percent. After that, it underwent some ups and downs and reached 22 percent in 2000.
Car usage in 1960 was 7 percent. Then it experienced sharp and noticeable ascending trends. Therefore, over a third commuter preferred private vehicle in 2000. It means the number of commuters was over 35% in that year.
Tube usage had a little fluctuation. For instant, in 1969 the number of commuters who took tube was approximately a quarter. Also it remained the same in 2000.
The number of commuters who traveled on bus for transport was noticeable in 1960, Something in the region of 39 percent. After that it underwent a sharp decline and reached up 15 percent. It obviously illustrates that the trend for using bus as a transport mode had decreased.
As a whole, people gradually tend to use private transport instead of public one. Besides, bus and car’s usage were exactly opposite each other in both 1960 and 2000. (180 words)