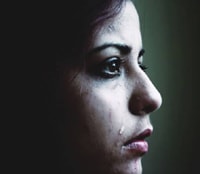 SOUTHAMPTON, England — Not long after moving to the University of Southampton, Constantine Sedikides had lunch with a colleague in the psychology department and described some unusual symptoms he’d been feeling. A few times a week, he was suddenly hit with nostalgia for his previous home at the University of North Carolina: memories of old friends, Tar Heel basketball games, fried okra, the sweet smells of autumn in Chapel Hill.

His colleague, a clinical psychologist, made an immediate diagnosis. He must be depressed. Why else live in the past? Nostalgia had been considered a disorder ever since the term was coined by a 17th-century Swiss physician who attributed soldiers’ mental and physical maladies to their longing to return home — nostos in Greek, and the accompanying pain, algos.