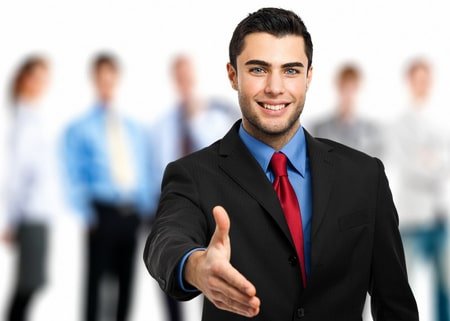 Although we cannot judge a book by its cover, in every communication, what comes first is your appearance and what comes next is your personality. I personally believe that, metaphorically speaking, our façade is really effective not only in routine tasks but also in pivotal situations and it definitely brings confidence.
Being more elaborate, when people are well-dressed, they are more satisfied with their own appearance and it results in more self-esteem which is the backbone of self-confidence for sure. Moreover, being handsome and attractive culminates with releasing positive energy and I surmise that, in return, your atmosphere releases astonishing feelings and sentiments towards you as well.
Putting more emphasis on my viewpoint, the way through which you wrap a gift affects people’s feelings, no matter how mature they are. In other words, our clothes and appearance divulge a part of our personality which certainly have effects on our confidence.

Obsession with your physical appearance

Generally, from my vantage point, people should be free in order to embellish and decorate their bodies according to their interests and nobody has the right to criticize others for their appearance.
Nevertheless, being obsessed with your appearance is a bit problematic. As a person is so fussy about his appearance it means that he/she is suffering from a paucity of confidence and it leads to the waste of time. Incidentally, we should bear in our mind that we cannot claim easily that people are dealing with obsession. For instance, having a nose job or cosmetic surgery does not imply that a person is coping with obsession.
However, if perfecting the appearance is one’s goal, he/she is obsessed with his appearance, because humans have many potentials and having better objectives and chasing the goals should be prioritized.

Narcissism is a mental disorder that the infected person spends too much time admiring their abilities and appearance. Therefore, it is anticipated that the narcissism and physical appearance is connected directly to each other. In other words, physical appearance is counted as one of their capabilities or beneficial merits over other ordinary people to emphasize on that. Moreover, the narcissistic person mostly expects other people to realize or discover them quickly and physical appearance is the greatest means to draw their attentions towards them. However, the narcissistic person is so overwhelmed by self-adulation that could not perceives their surroundings as they really are. The same story could be true about their appearance. It means, although they consider themselves attractive, but they might seems antiquated from outside of their mental bounds.

10 thoughts on “Free English Webinar on Appearance for IELTS”