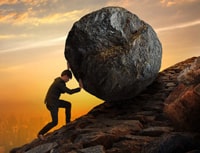 Initiatives could be forthcoming from two new parties that voted for the PNL government: the Save Romania Union (USR), formed in 2016 by civic activists, and the Freedom, Unity and Solidarity Party (PLUS), set up in October 2018 by Dacian Cioloș, currently president of the Renew Europe group in the European Parliament. The USR-PLUS alliance is the third-strongest political force in Romania; it runs on a clear anti-corruption ticket and enjoys urban support. In coalition with the PNL, it could form a strong pro-European government after the next election – provided it can win over at least part of the rural population. It would be helpful if President Iohannis were more assiduous in promoting liberal and humanitarian values and in his support for civil society’s efforts to reach out into the provinces.