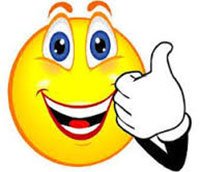 Some Governments have become undemocratic and their accountability to the public has eroded. In short, the state of the public sector has not been propitious for long-term planning, managing the public sector and achieving the MDGs in many countries in sub-Saharan Africa.

Source: The Book, Committee for Development Policy: Report on the Seventh Session

Tasks also have interesting theoretical linkages. Early approaches to researching tasks were strongly influenced by the Interaction Hypothesis (Long 1996), and, making the assumption that certain sorts of interactional processes are most propitious for second language development, the initial priority was largely one of exploring how far tasks might be designed and used to maximize opportunities for interactional features, such as recasting and negotiation of meaning, which were deemed to be particularly helpful in driving acquisition.

In many respects, parenting actually begins before conception. The Misak, in Colombia, make offerings to the spirits when they ask them whether the time is propitious for starting a child. If the answer is in the affirmative, conception is timed so that the baby is born at the most desirable time of year, because the season of birth will determine that child’s temperament. Parents in the USA are more likely to consult their bank accounts than the spirits to see if they can afford to have a baby, but in both cases the cultural practices of arranging a child’s life begin before the biological processes of conception.