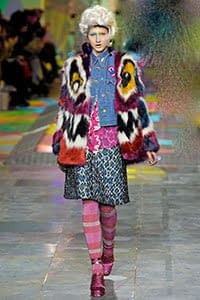 His clothes were rather flamboyant for such a serious occasion.

In a study of medical consultations, patients were found to use flamboyant gestures to attract the doctor’s attention from their notes. In this context, gesture has the additional advantage of indirectness as well as visibility, because a direct request for attention from a higher status figure like a doctor might be seen as some sort of challenge to the doctor’s authority.

Another situation characteristically associated with the flamboyant use of gesture is that of public speaking. For the orator, gesture has distinct advantages over other forms of nonverbal communication such as facial expression or gaze, which can be less discernible to a distant audience.

📚 All Lessons in Categories