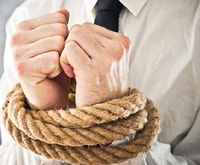 The use of nurse practitioners (NPs) is one way to address the shortage of physician primary care providers. NP training programs and the number of practicing NPs have increased in the past two decades. However, regulations limiting their scope of practice vary greatly by state. We assessed the impact of state regulations on the increase in care provided by NPs in the United States, using a 5 percent national sample of Medicare beneficiaries. We found that between 1998 and 2010 the number of Medicare patients receiving care from NPs increased fifteenfold. By 2010 states with the least restrictive regulations of NP practice had a 2.5-fold greater likelihood of patients’ receiving their primary care from NPs than did the most restrictive states. Relaxing state restrictions on NP practice should increase the use of NPs as primary care providers, which in turn would reduce the current national shortage of primary care providers.