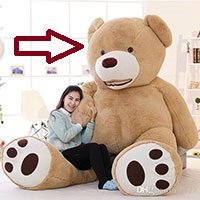 Noun: a large animal similar to an elephant which is extinct these days

The Speed Racer cartoon was known for a lot of crazy, silly, over-the-top stuff, but in all its 52 episodes, nothing was crazier, sillier or more over the top than the Mammoth Car, a 600-foot-long, 2-storey tall monster truck that (spoiler alert!) turned out to be made of solid gold. Other than the Car Acrobatic Team, the Mammoth Car is probably the best known of Speed’s many opponents and — even though it’s a vehicle — is practically a personality in its own right.

Mammoth vessel: China’s new 98,000-ton mega ship: A new 98,000-ton heavy lift mega-ship, one of the largest vessels of its type in the world, represents a mammoth addition to China’s shipping industry.

The woolly mammoth is a creature that is synonymous with the prehistoric era, having roamed the Earth long before human civilization. Most died around 10,000 years ago due to increasing temperatures and being hunted by evolving predators, although the last mammoths survived until around 1,600 BC on secluded Siberian islands, quarantined from any human interference.